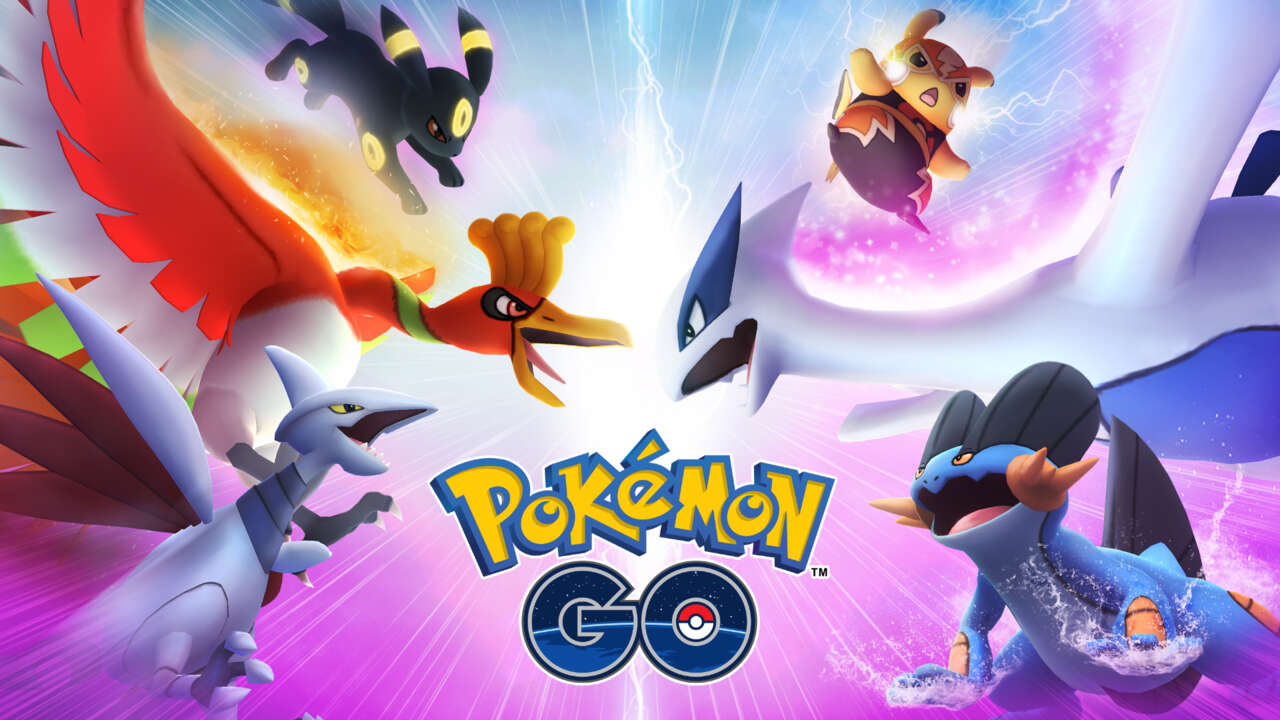 Niantic has announced that the PokeStop and Gym interaction distance in the U.S. and New Zealand has been increased from 40m to 80m.

Niantic decided they had too much money and they are bored of the pandemic. Now either so many fans have to quit or spoof.

New exploration bonuses that make it more rewarding to play outside are coming over the next several months, including bonuses for spinning stops, playing at in-person raids, and getting in those steps.
Bonuses introduced last year that we plan to remove or change, tested first in the U.S. and New Zealand, followed by other countries and regions based on local conditions.

We’ll only remove temporary bonuses introduced last year after Pokémon GO Fest 2021, starting in the United States and New Zealand. We wanted to give you an advance heads up of what’s coming and our thinking behind it, as we said last November.

We’re committed to doing this in a staggered way, when it makes sense for each place in the world, to help people play safely. As we return to the outside world again, these changes are aimed at restoring the focus of Pokémon GO on movement and exploration in the real world. These changes will be introduced slowly and carefully to make it more exciting to explore the world around you.

New exploration bonuses for playing together in the real world

Starting at the end of July, the following exploration bonuses will roll out to Trainers for testing first in the U.S. and New Zealand. Trainers will:

Receive up to two free Raid Passes per day from spinning Gym Photo Discs.
Benefit from increased Incense effectiveness while moving.
Be guaranteed gifts when spinning PokéStops so long as they have not reached their maximum gift inventory.
Receive 10x bonus XP from spinning a PokéStop for the first time.
These bonuses will end when the Season of Discovery wraps up September 1, 2021. Some of these bonuses may stay rolling into the following season, and new bonuses will become available as well.

We’ll make these bonuses available in other countries and regions as it’s safe to do so. We understand that every place is different. Rest assured, we will be monitoring the situation and activating appropriate bonuses when and where available. Because of this, Trainers may experience different bonuses at different times. To see which exploration bonuses are available to you, check out your Today View.

Bonuses introduced last year that we plan to remove or change

Over the next few months, we’re planning to remove or change some of the bonuses introduced last year. We will not make these changes until after Pokémon GO Fest in July, and we will remove them first as a test in the U.S. and New Zealand starting at the end of July. We will remove or change them on a rolling basis in other countries and regions over time, and at the same time introduce new exploration bonuses.

Over the past year, Incense effectiveness was increased to attract Pokémon to you more frequently, even if you weren’t able to leave home. After the change, this effectiveness will be set at the standard level when you’re stationary and increased effectiveness will kick in when you are moving.
Previously, your Buddy Pokémon brought you more Gifts each day, up to five gifts at once and up to three times a day. This was because we knew Trainers were running low on supplies like Poké Balls and berries to help them catch Pokémon. As we move to encouraging Trainers to play outside more, they can continue to receive supplies from spinning PokéStops. After the change, the frequency of these gifts from Buddy Pokémon will be reduced.
Previously, PokéStop and Gym interaction distances were increased, to enable people to engage from further away. After this change the distance will revert back to the standard distance, when it makes sense in different places, though may be increased during future events and as part of certain features.
Remote Raids have become an important part of the game this past year and we’re going to continue evolving them. Our intention is to find the right balance between remote play and in-person play, so stay tuned for more details in the coming months. Many of these in-person raid changes will be to prepare for the eventual return of EX Raids.

Bonuses introduced last year that we are planning on keeping

Some of the changes that were introduced in the past year resonated well with our Trainers and will provide continued value as countries and regions begin to open back up. These changes will remain as standard parts of the game for the foreseeable future, some of which were previously announced:

Incense duration will remain at 60 minutes.
No walking requirement for GO Battle League.
You can challenge any Trainer remotely with a QR Code, and the requirement to battle with friends remotely has been lowered to Good Friends.
The maximum number of Gifts you can carry in your Item Bag at a time will remain at 20.
Trainers will be able to open up to 30 Gifts per day, up from the previous 20.
You will continue to receive three times the Stardust and XP for your first Pokémon catch of the day.

80M POKÉSTOP DISTANCE IS BACK in New Zealand!! What does this mean for US Pokemon GO Players?

Niantic adds the 80m Pokéstop and Gym Interaction Distance back to New Zealand after the country goes back into lockdown. Yet even though the US rates are abysmally high, Niantic is still not bringing it back here. Let’s talk about why!

Pokémon is Copyright Gamefreak, Nintendo and The Pokémon Company 2001-2016

All images and names owned and trademarked by Nintendo, Niantic, The Pokémon Company, and Gamefreak are property of their respective owners.

Pokémon Go is a 2016 augmented reality (AR) mobile game developed and published by Niantic in collaboration with The Pokémon Company for iOS and Android devices. A part of the Pokémon franchise, the game is the result of a collaboration between Niantic, Nintendo and The Pokémon Company. It uses the mobile device GPS to locate, capture, battle, and train virtual creatures, called Pokémon, which appear as if they are in the player’s real-world location. The game is free to play; it uses a freemium business model and supports in-app purchases for additional in-game items. The game launched with around 150 species of Pokémon, which had increased to around 500 by 2019.

Pokémon Go was released to mixed reviews; critics praised the concept, but criticized technical problems. It was one of the most used and profitable mobile apps in 2016, having been downloaded more than 500 million times worldwide by the end of the year. It is credited with popularizing location-based and AR technology, promoting physical activity, and helping local businesses grow due to increased foot traffic. However, it attracted controversy for contributing to accidents and creating public nuisances. Various governments expressed concerns about security, and some countries regulate its use. By early 2019, the game had over a billion global downloads, grossing over $3 billion in revenue. The game also had over 147 million monthly active users as of May 2018.

Pokestop Distance Back to 80m in Pokemon GO!

Glad this is the 1st step towards a better game for all. However, if more is not done, we’ll be back to the old predatory ways all over again. Which can definitely kill off the game. Time will tell!

– MERCH here: https://teespring.com/fitz-city-exclusive-merch#pid=2 &cid=2397 &sid=front
– Wanna become friends, be a part of the DISCORD raid chat or get PvP coaching? Hit JOIN!
https://www.youtube.com/FitzCity
OR
Pledge $2 on Patreon!
https://www.patreon.com/fitzcity
– Other games on Twitch: https://www.twitch.tv/fitzcity40

Like the video(s) and want further info on Pokémon Go, other games, giveaways and entertaining live streams? Subscribe! 😀

All images, music and names are owned and trademarked by Nintendo, Niantic, The Pokémon Company, and Gamefreak are property of their respective owners

How to get Gyms while standing farther away again in Pokemon Go! 😀

Everything You Need To Know About Xbox Series X